John Rothering is the Chief Financial Officer of Americas Materials at CRH. He joined the company in 2018 and provides functional oversight across North America to finance, information technology, business intelligence, tax, risk management and benefits.

Prior to joining CRH, he worked with Eaton plc, where he most recently held the role of Group Vice President, Finance & Planning of their global Aerospace business, based in Irvine, California. He also held various executive roles within the finance area, which led to both domestic and international career assignments at the diversified power management company. 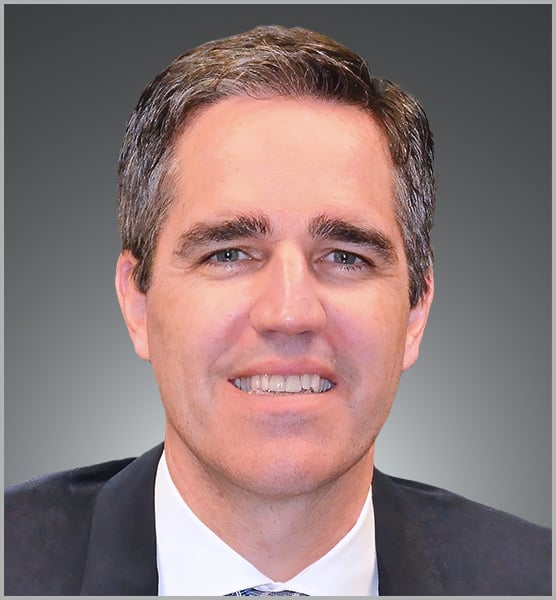 Kirk Randolph is Senior Vice President for Strategy & Development of Americas Materials at CRH. In his current role, he is responsible for developing strategic growth initiatives for the company and leading the acquisition and integration processes for new businesses, as well as divestitures.

Randolph has more than thirty years of experience in the heavy materials and construction transportation industries. He joined CRH in 2006 through the company’s acquisition of Ashland Paving and Construction (APAC) which doubled its hot mix asphalt production capability to become the leading producer in the US. Randolph began his career with the APAC group of companies (asphalt, aggregates, ready mixed concrete and roadway construction) as a surveyor and assistant superintendent in 1994. Throughout his career, he has held various functional and operational roles at the company, regional and enterprise leadership levels.

Randolph holds a Bachelor of Science degree in Civil Engineering from the University of Missouri-Rolla and has held various industry and volunteer leadership positions at the committee, officer and board of director levels. 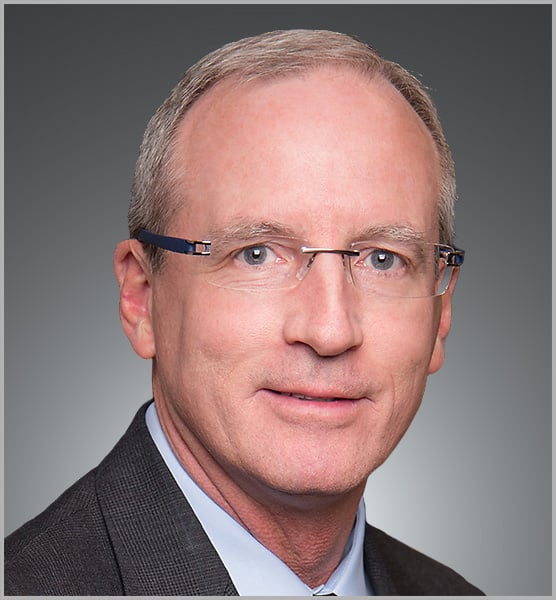 Scott Collins is the Senior Vice President of Human Resources for Americas Materials at CRH. In this role, he has been responsible for functional oversight across North Americas for HR operational excellence, reward, talent, and leadership development since 2015.

Collins joined the company in 1997 through the acquisition of CPM Development Corporation, one of the largest producers of concrete, aggregates, and asphalt in the Northwest.

Throughout his 30-year career, Collins has held positions of increasing responsibility in the areas of Human Resources, Environment Health & Safety, and Organizational Development. Prior to assuming his previous role as Vice President Training & Development for Oldcastle Materials in 2011, Collins gained P&L experience overseeing CPM Prestress and the Northwest’s Oregon businesses.

Collins holds a PhD in Leadership Studies and a Master of Arts in Organizational Leadership from Gonzaga University, as well as a Bachelor of Arts in History and Coaching from Eastern Washington University. 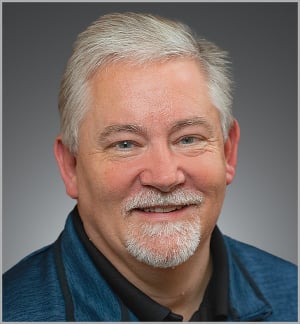 Ty Nofziger is President of the Great Lakes Division of Americas Materials at CRH. He is responsible for our businesses in Canada, Indiana, Kentucky, Michigan, Ohio, Virginia and West Virginia.

Nofziger joined CRH in 2003 through the acquisition of S.E. Johnson where he worked for 10 years and was the Vice President of Aggregates. Since then he has held several positions with increasing responsibility, including a number of years working with Michigan Paving & Materials Group in a senior management role. In 2006, he joined The Shelly Company as Vice President and General Manager of their Northwest Division and went on to become Senior Vice President and overseeing operations for the northern half of Ohio and ready mixed concrete operations throughout the state.

In his most recent role as Great Lakes Region President, Nofziger led CRH’s operations in Ohio and Michigan as well as served as company President of The Shelly Company. The Shelly Company operates in 74 counties in the state of Ohio and has approximately 2,000 employees. It is a vertically integrated leader and the number one producer of asphalt, aggregates, ready mixed concrete, and paving services.

He is a graduate of The Ohio State University and holds a degree in Business Administration. 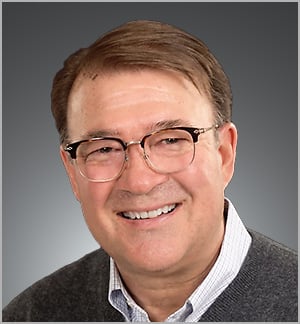 Jake Parson is President of the Northeast Division of Americas Materials at CRH. He is responsible for our businesses in Connecticut, Delaware, Maine, Maryland, Massachusetts, New Hampshire, New Jersey, New York, Pennsylvania and Vermont.

Parson joined CRH in 2001 and has held various roles of increasing responsibility across Americas Materials and its companies. Most recently, he served as company President of Texas Materials and TexasBit and was responsible for asphalt, aggregates, ready mixed concrete, paving and construction services across the state of Texas.

Prior to this, Parson was Vice President of Business Development for CRH’s Americas Materials business in the West Division. In this role, he was responsible for leading acquisition and integration efforts including deal sourcing, financial modeling, and performance tracking.

Parson holds a degree in Finance and Economics from Utah State University and is working towards his Master of Business Administration at Red McCombs School of Business at the University of Texas at Austin. 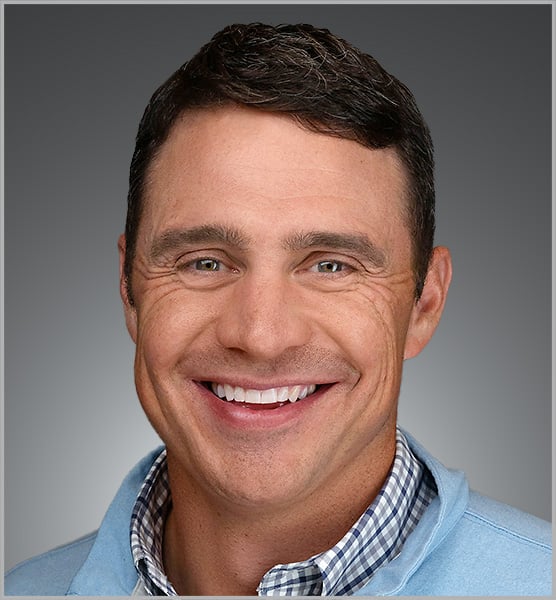 Barnes Barton is President of the South Division of Americas Materials at CRH. He leads a portfolio of CRH companies that produce and market asphalt, aggregates and ready mixed concrete, as well as provide material transportation and paving services in Alabama, Florida, Georgia, Louisiana, Mississippi, North Carolina, South Carolina, Tennessee and Texas.

Barton joined CRH in 2010 as a Performance Manager in our aggregates business, working with multiple CRH companies to improve operational efficiency. Subsequently, he served as Vice President of Thompson-Arthur Paving & Construction in Greensboro, North Carolina, and then as President of Harrison Construction Company in Knoxville, Tennessee. In 2018, as Southern Atlantic Region President, his role expanded to include CRH businesses in Georgia, South Carolina, eastern Tennessee, and western North Carolina.

Prior to joining CRH, Barton served in the US Army, followed by progressive managerial positions with General Electric. He holds a Master of Business Administration from Duke University’s Fuqua School of Business. He is also a graduate of the United States Military Academy at West Point, New York and holds a Bachelor of Science in Economics and Civil Engineering. 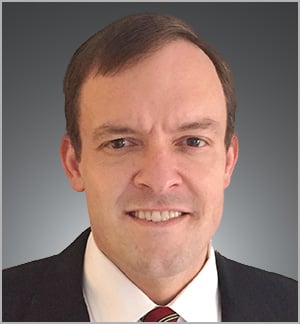 Parson joined CRH in 1996 through the acquisition of Jack B. Parson Companies. During his career, he has held functional and general management positions at the company, region and division level. He has also been a participant and leader of teams addressing national performance and global initiatives.

He is a committed advocate for the construction industry, business, and community having chaired the following boards: National Ready Mixed Concrete Association, Salt Lake Chamber, Ready Mixed Concrete Research and Education Foundation, Weber State University Parson Construction Management Program, and Utah State Parks. He has also served as a member of the Weber State University Board of Trustees and the Utah Associated General Contractors Board of Directors.

Parson earned a Master of Business Administration from the University of Chicago Booth School of Business and is a graduate of Brigham Young University. 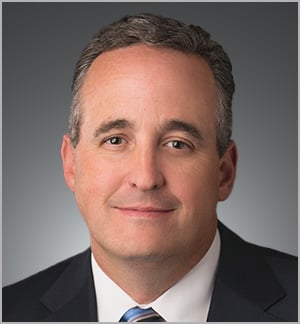 Serge Schmidt is President of Americas Cement, part of Americas Materials at CRH. The platform is a leading cement and cementitious materials provider in the United States and Canada operating as Ash Grove Cement.

Schmidt joined CRH’s Europe Materials business in 2016, as President for the West Cluster. In this role, he was responsible for leading the overall growth strategy, portfolio management as well as performance initiatives for approximately €2 billion in assets. This included CRH’s operations in France, Benelux, Denmark, Switzerland, Germany and Spain.

Prior to joining CRH, Serge worked with the Italcementi Group in various roles with international scope for close to 20 years in Belgium, Greece, Bulgaria, Italy and France. In his most recent position with that company, he was the Managing Director of France-Belgium, the largest operating company within Italcementi Group which has 4,000 employees.

Schmidt has a background in Civil Engineering and has always worked in the building materials industry. He is fluent in English, French, Italian and Dutch. 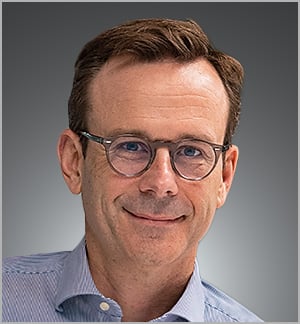